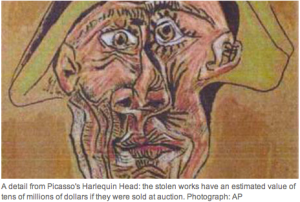 A 24 million dollar loss in the art world has been replaced in the news by a one billion dollar find.  Just weeks ago, the art world was lamenting the theft and probable burning of seven works of art from the Kunsthal Museum in Rotterdam.  Now comes a new report of the German find of over 1400 artworks in an apartment owned by an eighty year old man.  The pain of loss is overcome by the joy of the new find.  But the antics of the theft ringleader are quite entertaining.  And insulting.

The Romanian ringleader of the art heist gang first attempted to have his trial moved from Romania to the Netherlands in hopes of a more lenient sentence.    His bargaining chip was the promise to reveal the location of the art in exchange for the trial move.  However, his loving mother nixed that plan when in an attempt to save her son, she stated she had burned the stolen paintings in her stove.  The ashes in her stove have been confiscated and are being analyzed.  She, apparently, didn’t have enough sense to get rid of the ashes, too.  Forensic capabilities may have uncovered evidence that proves she did, in fact, burn the art in spite of a latter retraction.

When the trial move was denied, the ringleader’s next trick was to claim the museum had been complicit in the theft to benefit from an insurance claim.  Or perhaps, it was the owner of the collection who was complicit.  “Somebody”, claimed the thief, made the heist possible so “somebody” could get the insurance money.  “Somebody” or “anybody” but the thief is responsible for the thief’s actions.  He is certainly not responsible.  He’s a good boy.  Just ask his mother.

And if that wasn’t enough, he continued to add insult to injury.  When the insurance claim idea was denied, he then threatened to sue the Museum, claiming it was the museum’s fault he stole the works because the museum’s security was not sufficient to prevent his theft.  Essentially saying, “Its your fault I stole from you because you were not strong enough to stop me.”  The sound of heads shaking can be heard.  One wonders who is paying the lawyers to file this claim?

However, the pain of the theft was deeply felt by the art community and compounded by the continued brazenness of the ringleader.  But all is not lost!  The stolen Matisse and Picasso artworks were replaced in the heart of the art community by the newly found Matisse and Picasso artworks.  The German find is many times larger than the Dutch theft. Will the thieving ringleader or his loving mother take credit for the find?  Who cares?  His fifteen minutes of fame are over.  Hope the prison food is tasty.

Note:  The thief’s name has purposely been withheld in compliance with the fifteen minute rule.

The Dutch Heist and the German Find have been covered extensively by The Guardian.  Read more here and here.

The Scotsman, the BBC, the Claims Journal, CNN, the New Yorker, the Atlantic Wire and more have all written about various aspects of the theft and trial.  Follow the links for more on this intriguing story.

“The object isn’t to make art, but to be in that wonderful state that makes art inevitable.”-Robert Henri (from Skinnyartist) 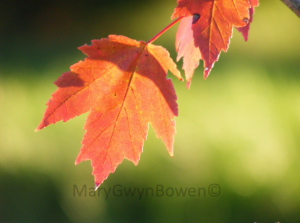 The search for inspiration can be a never- ending battle.   Nothing is working.  The feeling can range from confusion to panic.  What if you never get your inspiration back?  Where do you turn?  Listening to what other artists say from their own experiences is frequently helpful.

Artist Issac Julien is quoted in The Guardian as saying “It is important for inspiration to go elsewhere.”  He further goes on to suggest getting out of the city, going to places of tranquility.   Being out in nature and away from the bombardment of the over stimulation of the city gives the brain a chance to think without the constant backdrop of the cacophony of traffic, people, hustle and bustle.  In the peace and quiet of being out in nature, it is easier to hear what your brain is telling you.

For people who already live and work outside cities, the opposite action may be of benefit.  Go into a city.  Listen to the sights and sounds.  Watch the people.  Absorb the energy of the constantly moving atmosphere of city life.  Artist, Susan Phillipsz from the same Guardian article, states “always have something to write with.”  Taking notes or sketching what you see may bring on renewed energy.

And if these ideas don’t work, Artpromotivate has an article “20 Creative Ideas for Art Inspiration.”   I have written quite a bit about this subject lately because it happens to me and I have a tendency to go off in too many directions at once to try to get that inspiration back.  I go into an inspiration panic instead of following the wisdom of other artists who have also been there.  At times I have followed both directions suggested by these two artists, going into the city and going into nature.  Nature seems to work better for me but I have occasionally found the city helpful as well.  The point is to stop the panic and seek a change in scenery.

Ever wonder what art thieves do with stolen priceless art?  Me too.  You can’t buy a home, car or anything tangible with the stolen art.  Its not currency. Why rob a museum when you can rob a bank?  The security is similar.  Most major works stolen can never be displayed anywhere.  They can’t be easily resold or insured.

The New York Times has an article today on the company with the best success rate for recovery of stolen art, Art Loss.  Apparently, some museums and collectors are unable to afford the usually high cost of recovery.  The company’s founder, Julian Radcliffe says recovery can require elaborate and expensive sting operations. He states the agency is not profitable due to the high cost of operation.  Art Loss runs an extensive database of stolen art utilized by multiple law enforcement agencies including the FBI’s art theft division, (read more on the division’s work at the link).

The Guardian newspaper runs a regular feature on art theft and has recently been covering the theft from The Netherlands of major works by Picasso, Monet, Matisse and Gauguin by a Romanian group.  These thieves may have burned the priceless works once they found themselves unable to resell them.

The theft of Munch’s The Scream from Norway generated much publicity and the thieves were soon caught.  The painting was recovered.  How did these thieves think they were going to dispose of the painting?  It’s so well known posters of The Scream are sold at Overstock.com and many other stores.  Evidently, some of these guys are so smart they can thwart sophisticated security but are too dumb to know what to do next.   Unfortunately, not all are so dumb and the The Thomas Crowne Affair is not a true story. 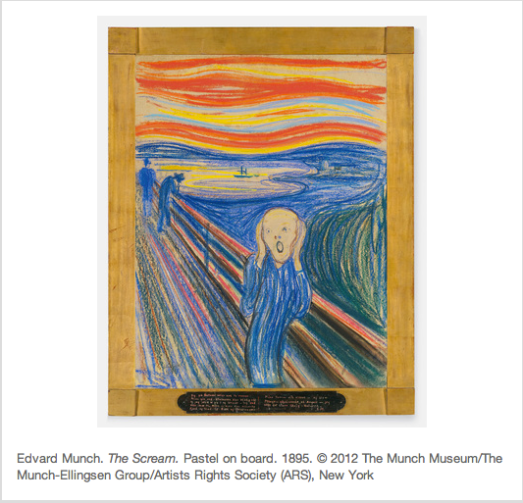