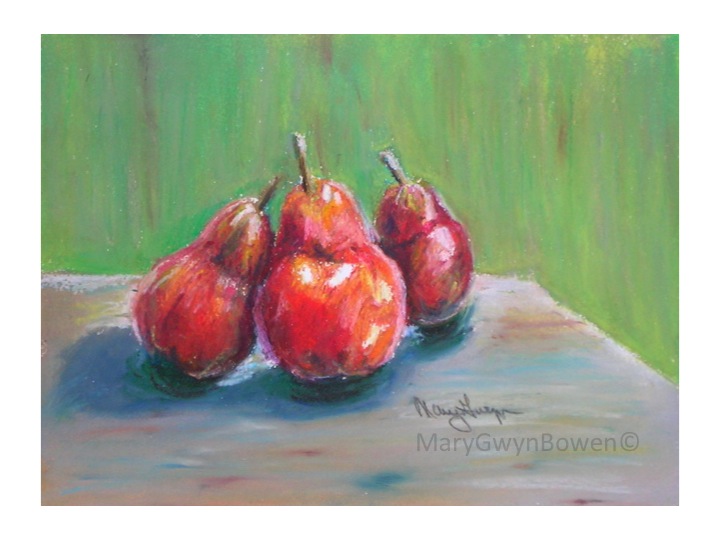 “Cooking is like love.  It should be entered into with abandon or not at all.” Harriet Van Horne (from Brainyquote)

An art theft in the 1970’s has finally been solved. The story is told by the Los Angeles Times of the recent discovery of two paintings stolen from a private residence in London. The thieves disguising themselves as a policeman and an alarm engineer made off with the paintings. However, these wily thieves apparently did not think through the rest of their plan. Once in possession of the priceless paintings, one Gauguin and one Bonnard, they couldn’t figure out what to do with them. Eventually, the paintings were abandoned on a train. That alone should deserve a huge jail sentence! No word in the story on if the thieves were ever caught.

Enter an unsuspecting Italian autoworker looking to add a bit of artistic flare to his home décor, picks up the two paintings at auction for little more than a song. The two paintings hang in his kitchen for years until a relative comments on the resemblance of one painting to another Gauguin painting. That must have been one snazzy kitchen! Anyhow the autoworker does the right thing and reports the paintings.

Several questions come to mind from this story. How did the thieves get away? Who found the paintings on the train? How did they make it to the auction? What kind of auction lets two paintings of this value slip through for about 30 dollars? The whole story sounds pretty fishy. If one were a conspiracy type, it wouldn’t take much to wonder if perhaps this whole thing was staged for insurance money or something similar. No word on whether the original owners (now dead) made a claim. Or this story could be simply two more cunningly stupid art thieves.

Never the less the story is quite intriguing. A savvy kitchen decorator with an eye for art picks up two priceless paintings for a pittance. With that kind of art in the kitchen, no telling what gastronomical delights were being cooked up. Perhaps the now retired autoworker will publish a book of recipes from his kitchen art gallery. Cooking with Art by the retired autoworker would likely sell infinitely better than How to Profit from Stealing Priceless Art by the two hapless thieves

11 thoughts on “Cooking With Art”