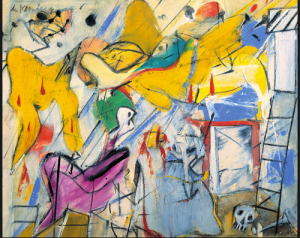 “The handwriting on the wall may be a forgery.” Ralph Hodgson (from Brainyquote)

Two opposing articles have been published recently about the forgeries that brought down the venerable Knoedler and Company Gallery in New York City.  One viewpoint in the New York Times, argues that forgeries are a good thing for the art world.  The opposing viewpoint in The New Yorker debunks that viewpoint with many points of reason.  A third article, also from The New York Times, explains the process of how the forgery happened.  Whether for or against art forgery, or the details of how it went down, none of these viewpoints addresses the real issue.

Blake Gopnik, art critic for The New York Times makes his case in an article titled, “In Praise of Art Forgeries” with a number of points.  One of Gopnik’s issues he elaborates on is that forgeries bring down the price of art making it more affordable for museums.  Good idea!  We can fill all the museums up with cheap forgeries.  As far as that goes, why have any real art at all.  It’s expensive to maintain and insure.  Think how much money could be saved.  No where does Gopnik address the reality of what exactly a forgery is.

In The New Yorker, Peter Schjeldahl, is concerned with the skill or lack thereof, of the forgers.  They are not real artists, you see.  The forgers are merely imitators.  And what’s more, they don’t even have to completely imitate the original artist’s work.  The forgers only have to mimic, “the look of” the master’s hand.  So not only are forgers not real artists, they don’t even have to be good fakers.  How insulting to the forgers!

Another article in The New York Times by Patricia Cohen gives more details about how the con went down.  Cohen also gives the details of the court case and lawsuits against gallery president, Ann Freedman.  Cohen cites documents in the case quoting Ms. Freedman as arguing she, “had no clue the artworks were forgeries.”  Just who you want to buy million-dollar art from, a clueless gallery president!  She doesn’t seem to have been clueless about pocketing the commissions on fake Willem de Koonings, Mark Rothkos and others.  But Cohen also misses the real point here.

In all this talk about whether forgeries are good, forgeries are bad, who forged what and why, who knew or didn’t know, nobody points out the obvious.  Forgery is a crime committed by criminals against artists. Forgery literally and figuratively devalues the hard work of all artists.  In all of these for and against arguments,, descriptions and excuses, nobody seems to recognize the real victims.  Nobody is reading the handwriting on the wall.  Artists are being hurt here!  Hello??  Can anybody read that?

The Getty Research Institute has more on the history of the Knoedler and Company Gallery here.