Who Lights The Fire??

“Nothing changes until something moves.”  Albert Einstein (from The Painter’s Keys) 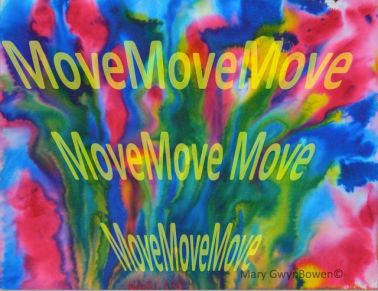 Does art have the ability to move people to action?  Do actions move artists to create?  Would anything move without art?  It may depend on the art and on the audience.  Perhaps it is the artist’s role to tap into the emotions of the audience, give it voice and lead the inspiration to move.

In a blog titled Sci Art Sci, the author delves in to the question of whether art can move people not already inclined to be moved.  He describes an example of an art project designed to highlight a particular issue.  He follows his example with the statement, “…I would say this piece has the potential to raise an eyebrow, to make somebody who already cares care a little bit more, for a time.  And maybe that’s enough.”  Maybe it is.  Sometimes a fire only needs a spark.

Recalling some of the movements of the nineteenth century, art is very much a part of the history of the moment.  Eugene Delacroix’s Liberty Leading the People (more here) is one example of art as part of a movement.  Did this painting inspire greater nationalism?  Or was it an illustration of the moment?   Examples abound of art and movements.  Does art provide the spark to a dry woodpile that sets it alight?  Or the other way around?  Any thoughts?